Barsarani Refuses to Give Up Education – Leads Way for Her Friends 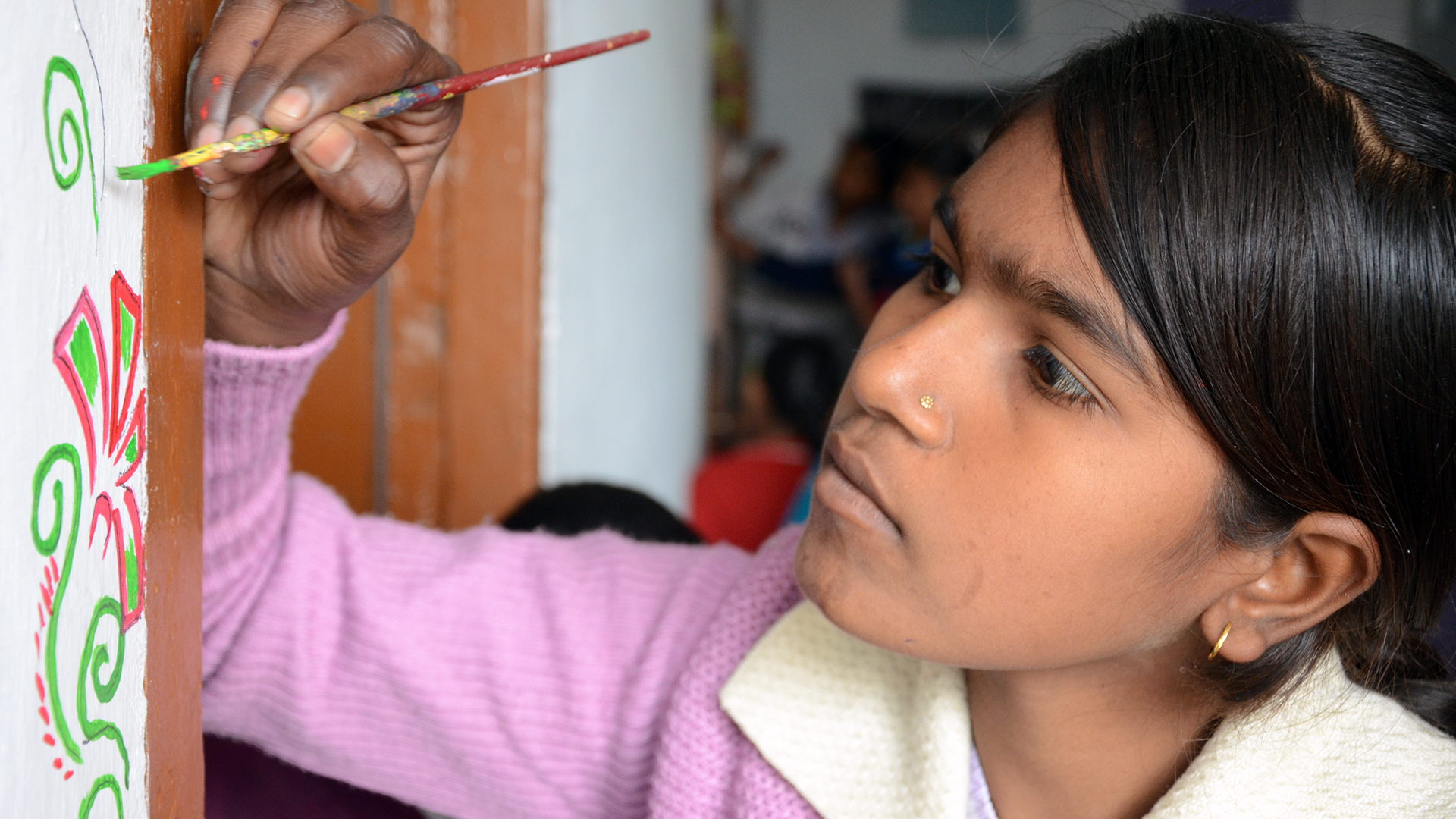 Barsarani, a gifted Adivasi teenager from the remote village of Dolipada in Mayurbhanj District, has set an example for her peers by refusing to give up her education even in the face of poverty and parental pressure. Despite the long-held tradition of the Adivasi community forcing girls to drop out of school to support family, this fourteen-year old stands firm in her decision to continue her studies. “I will look after my family and siblings, but I will not give up school. I tell my friends to do the same,” says Barsarani.

In these remote Adivasi areas, where poverty forces parents to work as daily wage labourers away from home, it is not uncommon for the eldest daughter to forgo school to take care of the household chores. For the most part, Barsarani’s story is no different. Like most girls in her village, she was being coerced to leave school by her parents. Like most girls in her village, her days would be given over entirely to household responsibilities such as cooking, cleaning and caring for three very young siblings. But Barsarani is different. What makes her stand out is a love for education and the ambition to be a doctor one day. In her words, “Education is the only light that will bring us out of this dark tunnel of poverty.” With unwavering determination, the teenager balances her household work along with school. Admirably, she has not missed a single day of school.

It is no surprise that when Sikshasandhan, a partner of terre des hommes, and an organization working to promote children’s education in the area, established a Children’s Club, Barsarani was its first member. With her inherent leadership qualities and a vibrant personality, she quickly became a peer leader. She is now running a peer learning centre in her village where she provides remedial classes for 15 children.

As an active member of the Children’s Club, Barsarani soon took up the concerns of her classmates. One such issue was a separate toilet for girls in the Dolipada Primary School. Barsarani raised this issue in one of the Children’s Assemblies organized by Sikshasandhan and a resolution for separate toilets for girls was passed. This was shared with the School Management Committee and with the Block Education Officer. An additional toilet was finally constructed in the school as a result of the Children Club’s intervention.

Barsarani’s ambition to study and become a doctor has driven her to challenge her parents’ attempts to make her quit school. Currently in 8th Standard, her industriousness and tenacity has convinced her parents to support her to complete her education and pursue a career in medicine. Barsarani’s determination to be educated and her awareness of other social issues ailing her village is like a gentle wind of change blowing through the Adivasi village of Dolipada and infusing hope in the hearts of many teenager like her.