Waqeela Bano: A Tale of Conviction and Determination 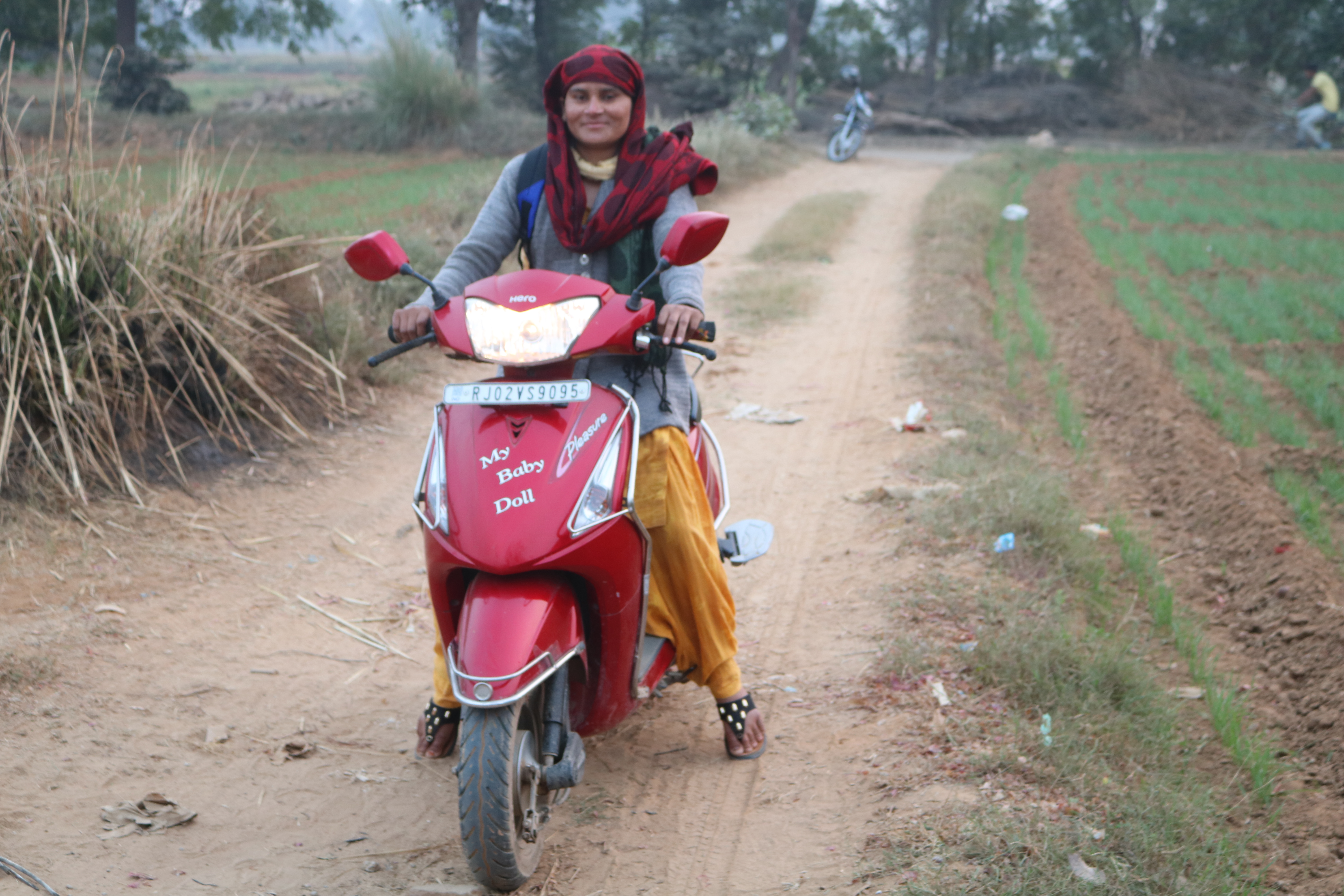 Waqeela Bano on the outside seems to be just another young girl from an orthodox Muslim family, but she is so much more. With the support of Terre des Hommes, she continues to pave the way for the women of her town by helping them exercise control over their lives with the power of education.

The district of Alwar in Rajasthan has pockets and areas which predominantly comprises of marginalised and vulnerable groups including Dalits, OBCs and Muslims, struggling with poverty and extreme living conditions. The main occupation is farming and cattle rearing.

Terre des hommes support project Matsya Mewat Shiksha Evam Vikas Sansthan (MMSVS) works in one of these areas. In a survey conducted by the project across 35 villages they realized that not a single girl in those villages had completed elementary education. Recognizing the alarming state of affairs in this area, guided by TDH – the project staff resolved to make some drastic changes. Subsequently, opening 3 learning centers for children, especially girls – the project team decided to provide informal learning centers which would encourage children to eventually get mainstreamed. Waqeela Bano is a notable example of the strides taken by the project team towards cultivating change in this direction. Today, an independent, 23-year-old working woman, Waqeela met the members of the organisation back in 2005. Hailing from an orthodox Muslim family, living in a conservative part of Rajasthan, her ambitions were limited and she dropped out of school. She was limited to helping her mother in household chores and her father in farming.

However, the project staff recognised her capability after encouraging her to take up a reading test to assess her level of education. Based on their assessment, they motivated her to fill up the form for enrolment in 8th grade through open school. When Waqeela had just restarted her education, there were hardly any girls her age, pursuing regular education. Waqeela used to walk to school, which raised quite a few eyebrows in the village. However, due to the support from TDH, MMSVS and her parents, she was able to continue. This marked the initiation of a journey infused with determination and resilience.

Waqeela, after scoring 86% in the 8th grade, was determined to advance her learning. For matriculation (grade 10th), TDH partnered with MMSVS facilitated her admission in a government school in Dehra town, Alwar.  After her graduation, she worked with MMSVS, teaching in its learning center for girls as well as working with the women in her community. In her work with women, she facilitated the formation of Self-Help Groups (SHGs) in addition to spreading awareness on women’s rights. She also went on to pursue the Basic School Training Certificate (BSTC) course from Jaipur. The decision to stay in Jaipur, away from her family was far from what was the norm for a young girl from a rural village of Rajasthan. Even so, her parents extended full support to her scholarship.

Presently, she is pursuing Post Graduate Diploma in Computer Application (PGDCA) and also working as a Computer Operator in Mewat Government Girls School in Chandoli, Alwar. Another feather in Waqeela’s cap is that she has cleared the National Eligibility Test, which makes her eligible for applying for the post of Assistant Professor in Indian universities and colleges. She is going to appear for Junior Research Fellowship (JRF), which will make her eligible to get admission to various government institutions to pursue a Ph.D. (Doctor of Philosophy). Her dream is to pursue a Ph.D. in Hindi literature.

A few years ago, Waqeela was married to her sister’s brother-in-law. When neither the husband nor the in-laws showed any support and refused to let her study, Waqeela decided to separate. This was an extremely polarising resolution as it left her prey to the taunts and judgment of the entire village but this did not stop her. The visible difference in her life and the life of the majority of women her age in the village is by virtue of the education they received. TDH interventions have thus facilitated a drastic transformation in the situation so that girls receive basic education.

Knowledge is indeed power, as she is now equipped with a renewed sense of independence and the ability to take control of her life. Waqeela’s achievements have provided an impetus to the women of the village to make a change in their own lives. A girl from her community, Sadira, who was one of Waqeela’s students, is now preparing for examination for recruitment in Rajasthan Police. However, to provide for an environment where girls pursue higher education and opt for a career, continued efforts need to be made. TDH continues to engage. TDH interventions have increased the accountability of the schooling system towards its beneficiaries. TDH has acted, as a catalyst in driving female education in the small town of Alwar, Waqeela Bano and her achievements are testaments to its efforts in this regard.

It is organisations of this nature that have created an environment conducive for women empowerment wherein they are made aware of their rights and are given the necessary resources so they can educate themselves and seek a life outside of the shackles of society. It is evident how the work done by the Terre des Hommes has not only monumentally changed Waqeela’s life but has touched the lives of many others in many villages of Alwar where it works.