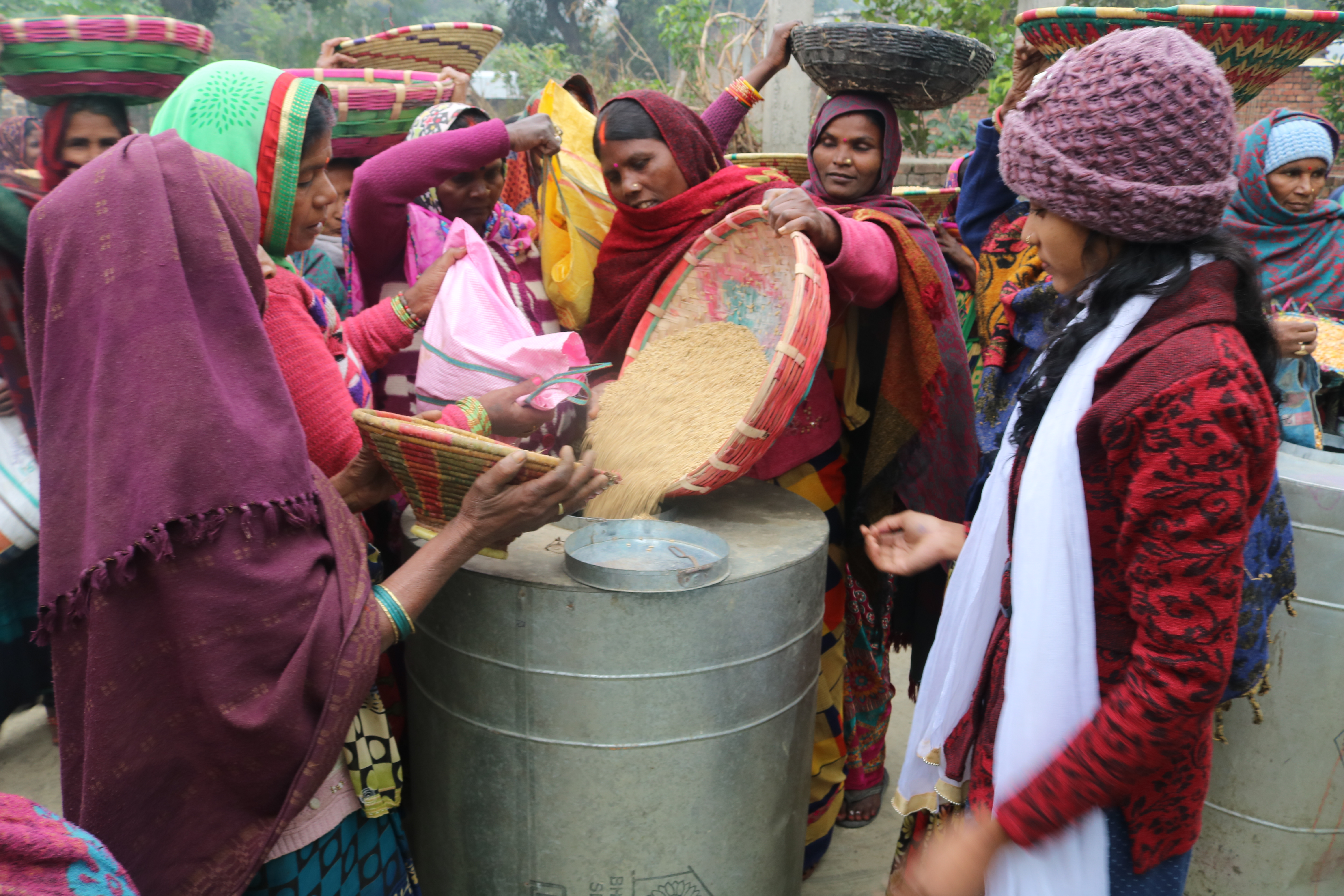 The Musahars are one of the most marginalized communities in the country and constant discrimination and extreme poverty is almost a way of life for them and their children. The communities living in the 10 remote villages in the Kushinagar district of Uttar Pradesh had almost accepted exploitation, malnutrition and constant hunger as part of their lives. They had no access to proper government schemes or the ability to earn a dignified living. They were essentially landless and worked for pitiable wages. The struggle to constantly make ends meet – made them victims of moneylenders who would exploit them further with no end in sight.

When tdh supported project Samudaik Kalyan Evam Vikas Sansthan (SKVS) started work with this community – the malnutrition rate was a humongous 80% for children between 0 – 5 years. Hunger by far remained the main cause of death in these villages. And the community was powerless to fight against this.

An analysis of the project area revealed that the women of the community were the most concerned about their children and their lives and therefore the project team decided to mobilize women’s groups as a tool to start the process of change. The team helped them open up and discuss issues that they faced. Women agreed that one of the biggest challenges they faced was being able to feed their children and not falling prey to the endless cycle of moneylenders. They therefore came up with the idea of a ‘Grain Bank’. In months when the agricultural produce was good or when they had a little extra – each woman from the group was deposit a certain amount of grains at a common place. These were grains they had grown or earned and each woman was selfless about how much she would put in. Slowly this became a habit – sort of like forced savings. When a family needed some extra food for any specific occasion or when things got challenging – they could borrow grains from this bank to feed their families. They would pay back the grains when their situation would improve with a 25% interest in grains. Since this interest was much lower than what they would have to pay a money lender – this model was also a sustainable one.

The Grain Bank has been a huge success for this community. Given that it has been able to break through the cycle of endless loans and poverty – the overall welfare and life of the community has improved. The Grain Bank is also lenient in its rules for paying back the loan and therefore families are not under constant stress. The Grain Bank has also made it possible for some of the women to take loans and start small business which ensuring financial independence as well.

27 families have benefitted from the Grain Bank including 2 women who have started small businesses. 49 women are active participants in the Grain Bank and have made remarkable strides in improving their own lives, their communities and of their children. Malnutrition is slowly being arrested and children are on their way to a healthier future.